I made my first career choice at a very young age. I have a very clear memory of being home from primary school. I don’t recall exactly why, but it was due to some childhood lurgy. To keep me occupied I was watching (if my memory serves me correctly) BBC2’s ‘The Natural World’. The episode introduced me to a creature that I had never heard of, and immediately was inspired to find out more about them. That animal was the living fossil which is ‘the nautilus’ https://youtu.be/QMFqV4SJLWg

After watching the TV programme about the nautilus I sat down and wrote about it. I suspect I probably just copied the blurb from the TV magazine but it was the start of my foray into aquatic biology. But it was so important to me, I kept it. 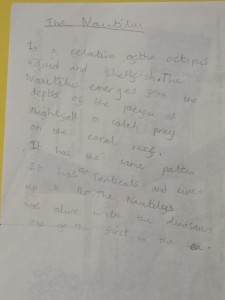 I was already fascinated by biology and kept a ‘nature folder’ detailing the natural world around me. Most of it copied from the ‘A Handguide to the Wild Animals of Britain and Europe by Arnold, N., Ovenden, D. and Corbet, G. (1986). 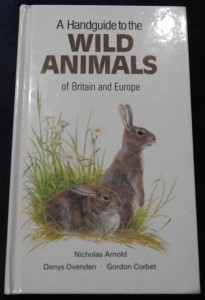 I drove my poor mother mad with collections of creepy crawlies and ‘rescued’ half dead mice from the farm cats. All kept in my bedroom (obviously). At one point I even had a daddy long legs hospital, where I rescued the insects which had half drowned in the garden pond. The hospital closed the day I released one of my patients back into the wild and it was immediately caught and eaten by a bird on the wing.

At that time when asked what I wanted to be when I grew up, my answer had always been an ‘entomologist’ (I think my parents had taught me the ‘big word’ – it certainly perplexed the adults I told my career aim to). However, after the introduction to the nautilus my career ambition changed and I decided that marine biology was the way to go. 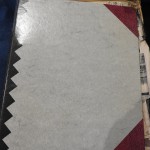 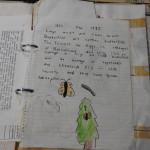 My dad used to let us work on the reverse of his college papers (he was a lecturer at Myerscough Agricultural and Horticultural College, hence the unusual topic of the typed text) 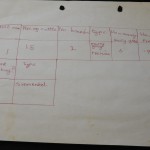 Very important survey on what cows eat on our farm. No scientific measurements were taken! 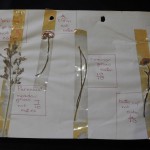 Always important to include documentary evidence!

Copyright © 2016-2021 My Teaching Journey All rights reserved.
This site is using the Multi Child-Theme, v2.1.4, on top of
the Parent-Theme Desk Mess Mirrored, v2.4, from BuyNowShop.com