The Inspiration to Teach

In 2000, I moved to Stirling to commence a Ph.D in Aquatic Veterinary Science at the Institute of Aquaculture, University of Stirling. The focus of my research was investigating the effect of season on rainbow trout. I loved working in the lab, making new discoveries and sharing the results of my work at international conferences. 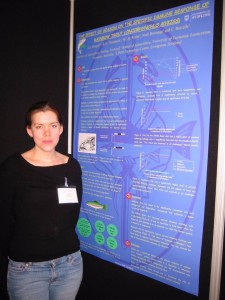 Presenting my work in Norway

I completed my Ph.D in January 2005 and began the first of two post doctoral research grants. This time my work focused on the development of control strategies against a bacterial disease which affects fish. In 2008, the Institute of Aquaculture received a phone call from a primary school in Stirling who were doing a class project on the sea, and wondered if anyone would come and give a talk to the children. I was on maternity leave so I volunteered, and took with me my old dive kit, a couple of experiments, shark eggs and a shark jaw as well as a game which the children could play to learn more about the creatures in the sea. I had a great time and was inspired by the creative questions the children asked. One memorable one was “If all the sea drained away, could you drive a mini across the seabed?”. I was invited back the following year. 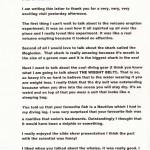 Thank you letter from 2008 visit 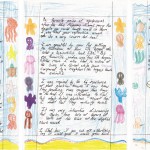 Thank you letter from 2009 visit

Whilst on maternity leave after the birth of my second son, I noticed an advertisement at the university’s Career Development Centre for a scheme called ‘Insight into Teaching’. Following competitive application, this programme places students in schools for six weeks for one half day a week. The school that I was placed with was Bannockburn High School. Over the period I was with them I observed biology, chemistry and physics lessons. It was quite an eye opening experience but it cemented a new ambition – to become a teacher.

My next foray into education came in 2009 when I happened to sit beside the Head of Biology for a secondary school in Stirling at a wedding. I was invited to visit her advanced level biologists and I began to visit once a week to teach genetics. It was a great experience, but I had a bit of a shaky start. More used to delivering lectures, where students took notes as I spoke, it did not occur to me that pupils would not do the same thing! The second lesson was much more successful! We built a DNA helix out of marshmallows and liquorice and investigated the progeny of dragons! 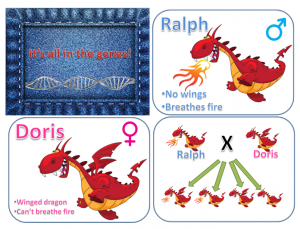 In 2009, I decided to take voluntary redundancy so that I could focus on my then young children. I also entered the education industry, but at almost the other end of the spectrum…I became a volunteer at my son’s playgroup.

Copyright © 2016-2021 My Teaching Journey All rights reserved.
This site is using the Multi Child-Theme, v2.1.4, on top of
the Parent-Theme Desk Mess Mirrored, v2.4, from BuyNowShop.com